I’m Ariel. I make shows with my talented friends, in different spaces but mostly on a theater stage. I was born and raised on planet earth, and still live here until another options presents itself. I love Nina Simone, David Lynch, Virginia Woolf, Nicki Minaj, Saturday night live, green juicing and Samuel Beckett. I’m vegan.

Describe your project for the SPIELART festival 2015.

My project „THE EMPIRE STRIKES BACK: Kingdom of the Synthetic„, is the second part of a trilogy I’m developing with my group in Berlin in the last three years. The first part was called ALL WHITE PEOPLE LOOK THE SAME TO ME, and premiered in 2013. In it, we were dealing with colonial traditions of vision and the ways they’re still present in performance making these days, albeit what might be read as “good intentions” in the european context. The EMPIRE takes the discussion from the history of otherness to the future of otherness, looking at different discourses of the future and using a wide range of source materials, to portray an obscure, monochrome picture of life on planet Theater. It might be the apocalypse, it might be post apocalyptic, we’re not really sure and that’s the fun of it.

Where there any special moments during the rehearsals?

One very nice moment I remember is about the middle of the process, when we moved from generating material to structuring the piece. We all sat together and looked at everything we’ve produced and no one could really understand it and I thought to myself “wow, we are making a very weird show”. I loved that moment! and especially the fact that we weren’t afraid of this weirdness and found the way of working with it instead of pushing the work into some preconceived notions of structure and taste.

With which artistic means do you work with und why did you choose them?

The artistic means I work with are just an implication of the people I work with. As a director my main job not so much to “create” anything but more to curate. I organize the setting – time, space and money – to bring talented individuals together around a certain set of questions. Then, we start to converse, in words and in crafts. Everyone bring their professional experience to the studio – whether their background is theory, visual, performative, musical or technical – and the means are merely a result of this social-artistic situation.

What are your influences and where do you find your inspiration?

A central source of inspiration for this piece were the music, aesthetics, poetry and philosophy of Sun Ra, who was credited posthumously as the pioneer of Afrofuturism. Ra’s wild and abstract versions of reality, space/time travel, history and identity are mixed in the EMPIRE with many other references from texts, films, music and comic books dealing with science fiction, new materialism, cyborg theory, cybernetics and much more. Šubi my husband and collaborator who’s performing in the show always says it’s a version of Stanley Kubrick’s „2001: a space odyssey“ reworked as a Beckett play. Also, Beyoncé is always big inspiration to me.

Which current issues are you occupied with and influence you artistically?

Something which I found very interesting upon moving to Europe (I was born and raised in Tel Aviv, Israel, and live in Berlin since 2011) was that many artists are still operating within the frame of the distinction between „high“ and “low” art. That was kind of a culture shock for me, as for me and my colleagues in the performance scene in Israel this was somehow never really an issue. But it was also great to be confronted with it, because it made it even more clear that in my work I have the desire to mix many sorts of very different references that come from all over the place, give in to the materials and where they us and let them create the context from the inside, rather than forcing an exterior concept unto them. Pop culture has always been a part of my life and my work, and I enjoy proposing conceptual complexity that lives peacefully with seductive, popish immediacy.

Who do you want to address with your project?

What are you looking forward to the most at SPIELART 2015?

This will be my first time visiting Munich so I’m excited to see the city and meet the other festival artists. Also, I’m very much looking forward to the festival closing party where I will DJ as part of the duo “Dorf Disko” alongside the amazing Obstsalat. 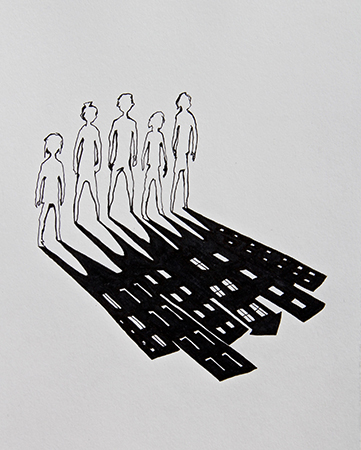 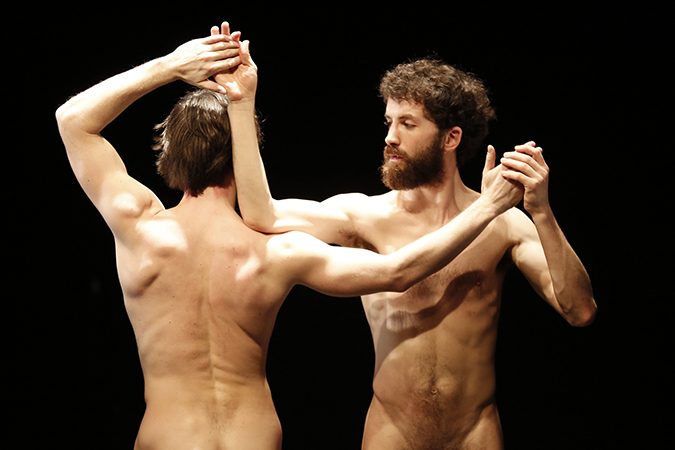 Five Months for one Move